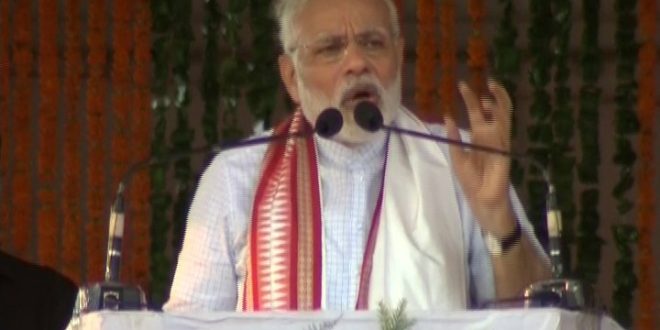 Bhubaneswar: The Odisha unit of Bharatiya Janata Party (BJP) is in jubilant mode following the visit of Prime Minister Narendra Modi to the state on Saturday.

Modi addressed a public meeting at Baliyatra ground in Cuttack to mark the completion of four years of BJP-led government at the Centre.

PM Modi said, “Your aspirations, dreams and hopes motivate me to work.”

“It is my good fortune that I got the opportunity to greet my 125 crore countrymen from the land of great Lord Jagannath,” said Modi in Cuttack.

The Prime Minister’s visit is largely seen as a strategic move by the saffron party to come to power in Odisha, which will witness both general and assembly elections next year.

The party believes the Prime Minister’s visit would embolden the morale of party workers and help gain the people’s confidence to realise the Mission 120+ in Odisha.

BJP has projected itself as the ready alternative to replace the Naveen Patnaik government in the state.