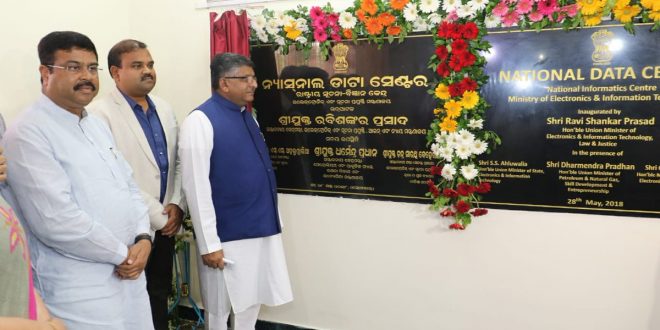 NIC already has existing data centres in New Delhi, Hyderabad and Pune, which are already reached 75-80% of their capacity.

National Data Centre at Bhubaneswar will boost the digital development of Odisha. This world-class digital infrastructure has been developed by NIC, he added.

The data centre at Bhubaneswar will cater to demand not just from the national projects but also from the state governments.

It is also being looked as a disaster recovery zone for projects which are run out of centres in Delhi, Pune and Hyderabad since it will be in a different seismic zone.