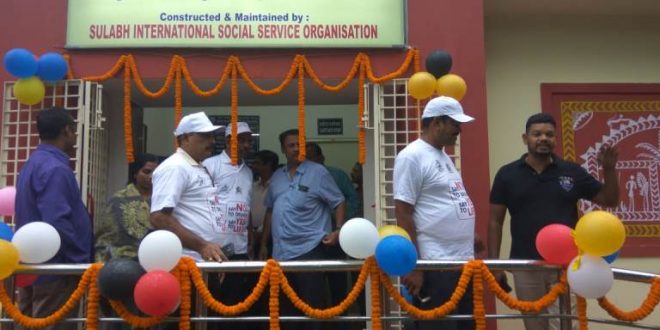 In a process, which started on June 26, the civic body has added those toilet complexes with 120 more seats. The hybrid toilet complexes will help both the nearby community members and the floating population, ensuring better sanitation.

Combining Public, Community, Hybrid and Project Samman toilet complexes as on date, BMC has got 175 toilet complexes with 1,641 seats providing service to 100,000 and more people across the city.

Besides, individual household toilets are also financed and provided by the urban local body (ULB) as per the standing norms, where each family having no toilet can apply and avail the facility.

It can be mentioned here that the Corporation meeting of BMC on June 29 decided to penalise and collect a fine of Rs 50 per offence if a person is found defecating in the open, by the local Ward Sanitation Committee or the Self-Help Groups.

This step is likely to work as a catalyst to make the city open defecation free (ODF) and the legislation by the urban local body might act as a prerequisite step in this regard, for the ODF tag.

BMC Mayor Ananta Narayan Jena had also announced that in order to make people aware about the new legislation on the collection of penalty, awareness camps are likely to be organised across the city to keep the city clean.