Bhubaneswar: Eight numbers of new projects estimated around Rs.2800 crore have been sanctioned from OMBADC fund for nine mineral bearing districts in Odisha, said an official on Friday.

Chief Secretary Aditya Prasad Padhi gave nod to these projects while presiding over the Board of Directors Meeting of Odisha Mineral Bearing Areas Development Corporation (OMBADC) held in secretariat conference hall on Friday.

Presently, projects of around Rs.3, 517 crore are in different stages of implementation in these districts. With today’s approval, the total cost of the project sanctioned for these districts comes around Rs.6317 crore.

Reviewing the progress of projects sanctioned earlier, Padhi directed the concerned Collectors to complete the housing projects before 15th August.

The Chief Secretary further directed the State Pollution Control Board to have regular measurement and monitoring of the water and air pollution level in mining areas.

The departments were also advised to take up projects for pollution containment.

Apart from these, 12 number of mega lift irrigation projects for Keonjhar district, check dam with lift irrigation projects in 5 districts, construction of ROBs at Jharsuguda, Keonjhar and Sundargarh, construction of critical road and bridges for establishing the missing link of connectivity in mining hit areas were also sanctioned in the meeting. 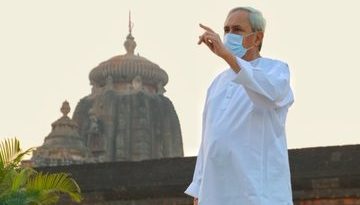