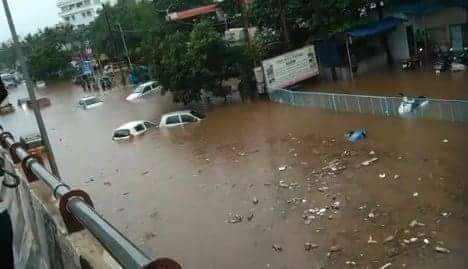 Bhubaneswar: Enforcement wing of BDA and BMC has been asked to initiate the process to seal the premises of business establishments and big structures along the NH-16 in Pahala, which have built roads without adequate passage for the stormwater to pass through.

They have constructed the roads connecting their premises to NH-16, thereby causing a flood-like situation in the nearby areas.

Municipal Commissioner Dr Krishan Kumar with senior officials visited the Pahala area under Ward Number 4 on the city outskirts and the team discovered that many commercial complexes and establishments have constructed roads connecting the NH-16, but not paying any heed to the passage of stormwater during rains.

The Municipal Commissioner has ordered immediate action by the Enforcement Wing to take up the joint action so that the establishments found blocking the rainwater along the NH would be taken to task.

The team during the field visit has also found that many business houses like showrooms, dealers dealing with marbles have openly flouted the norms. Similarly, one marriage complex was also found blocking rainwater near the NH-16.

Sources said a survey will be done to find out the validity of the construction of the structures along Pahala area in Ward Number 4 as the water logging issue has become acute across the city with incessant rains.

It was learnt that the establishments detected with no building plan approval from BDA, no approval from NHAI to develop roads with proper passage of water underneath will be seriously dealt with by the joint enforcement team of BDA and BMC to ensure the free flow of stormwater along the NH-16. 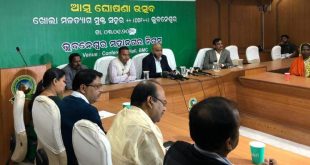 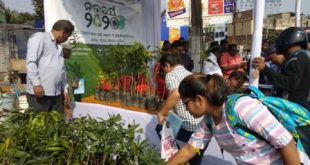