BDA’s no to projects in environmentally sensitive zones without drainage

Bhubaneswar: In the wake of water logging in many low-lying areas across the city, the Bhubaneswar Development Authority (BDA) has decided to restrict development work in Environmentally Sensitive Zones (ESZ) demarcated in the Master Plan of Bhubaneswar.

BDA would also ask the builders and real-estate developers to stop construction activities without complying with adequate drainage support for their projects, even if, they have the approval with them.

It is decided to invoke the provisions of newly-amended BDA (Planning and Building Standards) Regulations, 2018 regarding development activity near notified wetlands, lakes, reservoir, low-lying areas, environmentally sensitive zone and water bodies where the building and layout plan approval could only be given if the overall plan has sustainable drainage and low ecological impact based development.

As per the general regulations specified for ESZ, the minimum area for approval is 1 acre with maximum ground coverage of 40 per cent and there should be an approach road of 12 metres width.

It can be mentioned here that the Environmentally Sensitive Zones are not only contributing immensely for the recharge of the underground water table but also helping in containing the excess rainwater when the city was experiencing more and more rainfall.

However, unplanned urban growth in the ESZs contributed towards man-made flood and water logging, causing distress for the citizens.

“We would not allow any construction in environmentally sensitive zones without proper drainage and accompanying road network. However, approval might be given following adequate drainage and road facilities through Town Planning (TP) Scheme only,” said a senior BDA official.

As per the BDA database while the South East region of the Temple City is having eco-sensitive zones like Lingipur, part of Sisupalgarh, Badadhanpur, Bamaghai, Bankuala, part of Bargarh, Meherpalli, Kesura, part of Jharpada and Koradakanta near Pandra, in the North-Central region of the city i.e. parts of CS Pur, Gadakana and Patia are having some low-lying pockets. Some parts of Mancheswar are also under ESZ area.

In the Northern part of the city eco-sensitive zones near Nandankanan Biological Park have many Mouzas (revenue units). Jujhagarh, Raghunathpur and parts of Daruthenga and Dadha are coming under this category. 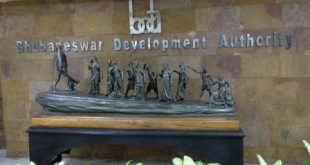 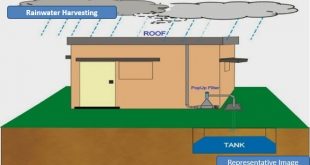