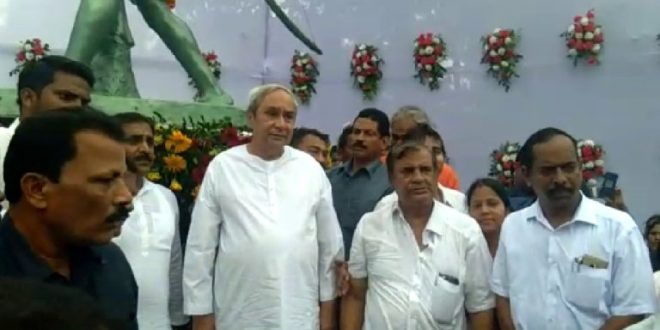 In a colourful function organised by the Department of Odia Language, Literature and Culture marking the World Day for Indigenous People, the Chief Minister unveiled the statue of the firebrand revolutionary, who courageously participated in India’s Freedom Struggle and has been regarded as a symbol of Tribal empowerment.

Yesterday, in a programme organised by the Department, a statue of Mohan Sundar Dev Goswami, pioneer of cultural renaissance in Odisha and producer-director of first Odia cinema “Seeta Vivaha” was unveiled by Ashok Chandra Panda.

The Department has spent Rs. 2.82 Lakh for the statue and the programme was held on the Birth Anniversary of Mohan Sundar.

The state government has instituted an annual award for the Best Odia Film in the memory of legendary Goswami who was also teacher-mentor of Padma Bibhusana Kelucharan Mohapatra, doyen of Odissi Dance.