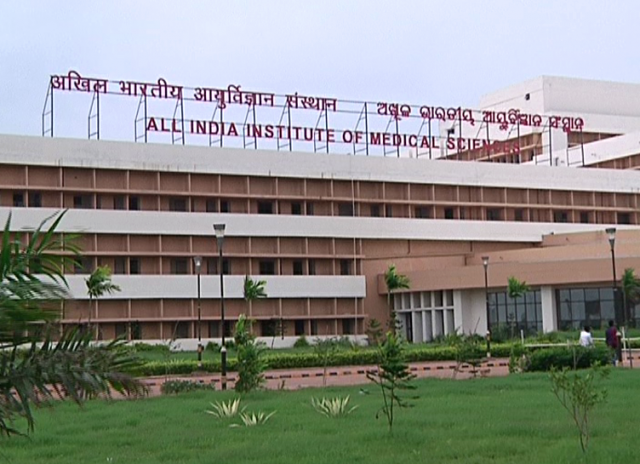 Bhubaneswar: Panic gripped at the All India Institute of Medical Sciences (AIIMS), Bhubaneswar after a portion of concrete chunk fell-off outdoor ceiling at the ticket counter on premises of the hospital here on Saturday.

The patients and relatives standing in the queue for collecting tokens at the ticket counter were shocked after the concrete chunk fell off the ceiling.

However, no causality was reported in the incident.

This was the second incident reported just two days after the wall of Casualty Trauma Care Unit of the medical institution caved in on Thursday.

Following the incident, the senior officials and director of AIIMS, Bhubaneswar rushed to the spot to review the situation.

The technicians said that the portion of roof ceiling was affected as the knot bolt of that portion fell down.

The AIIMS authorities also assured that there is no reason to be panic.