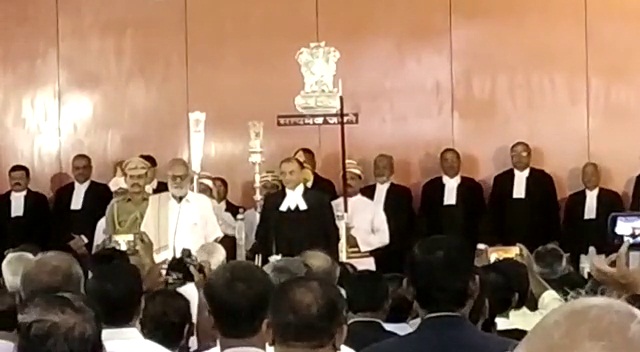 Odisha Governor Ganeshi Lal administered the oath of office at a ceremony inside the Orissa High Court premises.

Before assuming the charge of the office, Justice Jhaveri had visited Jagannath temple in Puri seeking the blessings of Lord Jagannath and his siblings on Saturday.

Jhaveri was appointed as the Orissa High Court chief justice following the elevation of Justice Vineet Saran, who has been appointed as a Supreme Court judge.

Prior to this, Justice Jhaveri was serving as a judge at the Rajasthan High Court.

Justice Jhaveri was elevated as a judge of the Gujarat High Court in March 2004 and confirmed as a permanent judge in June 2005. He was then transferred to the Rajasthan High Court in August 2016.