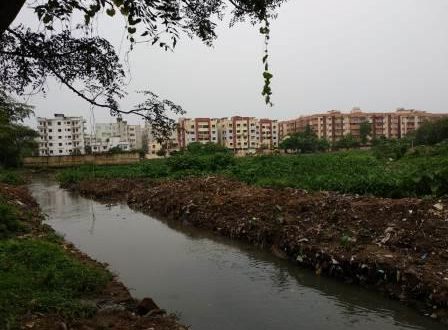 Bhubaneswar: The Bhubaneswar Municipal Corporation (BMC) in a public notice has requested residents having plots along 10 natural drainage channels across the city to come forward and co-operate in the development of the water channels.

In case the land is private, the owners should come forward and submit it to BMC for development of the drainage channel for efficient management of the stormwater.

Citizens can apply through a prescribed form for this, which is already uploaded on the BMC website. Compensation if any will be paid as decided by the commissioner.

Existing construction on the drainage channel or development along the drain within the CDP area will never be regularised and might invite demolition in near future. Neither any plan approval will be given, said the BMC notice.

The notice also added that the civic body has decided to go for the renovation of the 10 major drainage channels following a detailed survey to ensure better drainage and no water-logging for which the drainage channels would play a pivotal role.

It can be mentioned here that the 10 natural drainage channels are the carriers of the stormwater load, which ultimately goes to Gangua `nullah’, as the latter encircles the city and joins the Daya river, nearly 20 km away from the city.

Already the Comprehensive Development Plan (CDP-2030) had laid down the course of the 10 major natural drainage channels over the revenue land. Apart from the Government land, there is also private land, through which flow these channels.

As many houses were affected in the recent unprecedented rains, BMC hopes that the landowners staying near these drainage channels can submit the land portions to the State Government/civic body so that ultimately the entire area will be ready for the citizens to have better and safer environment to live in.

Warning the landowners with plots/houses which are coming within the CDP area of the natural drainage channels, BMC Deputy Commissioner Srimanta Mishra said, “All should come forward and apply to the Municipal Commissioner through the appropriate form so that in return they would get twin benefits i.e. compensation and a solution for their lifetime. All should grab the opportunity and act as soon as possible.’’