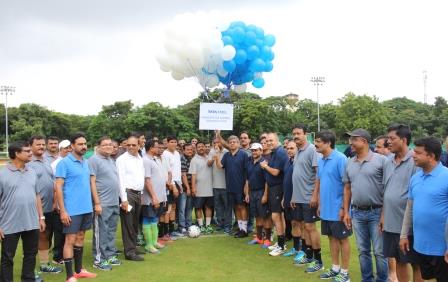 The first semi-final of the tournament was played between the Leaders XI and Bureaucrat XI. In the first half of the match, Balwant Singh from Bureaucrat XI scored two consecutive goals to take his team on a significant lead.

The outcome of the match was decided by the penalty shootout in which Tata Steel XI won by scoring 5-4 against Media XI.

The final match was played between Tata Steel XI and Bureaucrat XI. It was a hard fought match in which both the teams failed to score any goal in the first half. In the second half, S. D. Durga of Bureaucrat XI scored one goal and sealed the game for his team. Bureaucrat XI became the champions of the 12th edition of the Tata Steel Friendship Cup Football Tournament.