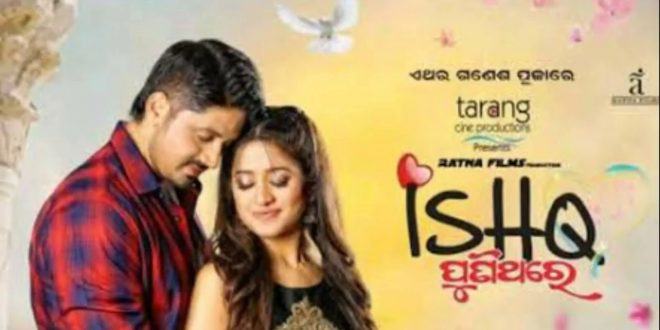 The Odia film hit the theatre across the state.

Produced under the banner of Tarang Cine Products, Ishq Puni Thare has been directed by Jyoti Das.

While the songs of the film have created raze among the fans, Arindam hoped that the film will be appreciated by the cine lovers in the state.

“I hope the film will be appreciated by the people. After so many days, I got a chance to do an action movie. The film has five action scenes and I hope the audience will enjoy it,” said Arindam.