Bhubaneswar: Several parts of Odisha experienced heavy to very heavy rain under the influence of cyclonic storm DAYE that crossed Odisha coast near Gopalpur during the early hours on Friday.

While several parts of south Odisha experienced heavy rainfall, Malkangiri and Koraput districts were the most affected.

Cyclone ‘DAYE’ has made landfall in Odisha and crossed the coast near Gopalpur in the early hours on Friday. The cyclonic storm has caused heavy to very heavy rainfall in some places in Gajapati, Ganjam, Puri, Rayagada, Kalahandi, Koraput, Malkangiri and Nabarangpur districts of the state.

Due to the incessant rain, eight rivers of Malkangiri district have swollen whereas flood water has engulfed several villages, including MV 11, Parlakota and Korukonda.

Besides, communication between Malkangiri and Balimela has been snapped as around 12-15 feet flood water has flooded several roads in the areas.

Chief Minister Naveen Patnaik reviewed the rainfall situation on Friday. He sanctioned gratuitous relief for 7 days at Rs 60 per day per person and Rs 45/day for children below 12 years in the affected Malkangiri district.

The Chief Minister also directed the district administration to reach out to affected and extend all assistance to the people.

In Koraput, the Kolab dam authorities have opened two gates of the reservoir early this morning following rise in its water level due to incessant rain in the upper catchment area.

Besides, heavy downpour has also occurred other places Udala in Mayurbhanj, Nuapada, Bhabanipatna in Kalahandi, Astaranga in Puri and Rayagada today.

Cold wave condition to prevail for 2-3 days in Odisha 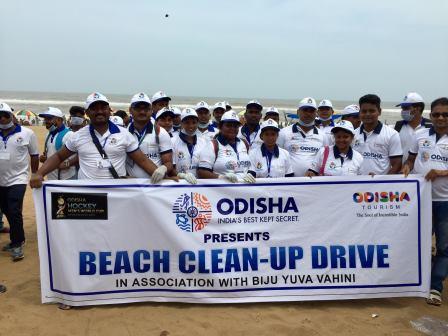