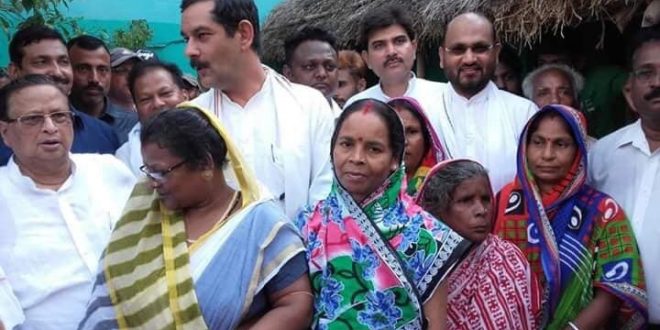 Bhubaneswar: Ahead of the 2019 elections in the state, the Odisha unit of Congress on Wednesday said it will launch Jana Sampark Abhiyan to get connected with people across Odisha from Thursday.

The leaders and workers of Congress will visit different districts and blocks to strengthen the party from the grassroots level. During the campaign, the party is aiming to cover 314 blocks in Odisha ahead of 2019 elections.

“From tomorrow, I am embarking on the Odisha Jagran Yatra. I will be in Balasore for the next three days. I look forward to meeting and interacting with Congress workers and people of various Gram Panchayats of Balasore,” tweeted PCC president Niranjan Patnaik.

The move of Congress came just a day after BJD president Naveen Patnaik flagged off ‘Jana Sampark Padayatra’ from Jharana Basti on outskirts of Bhubaneswar to sensitize public about various welfare programmes of the State government across Odisha for a month.