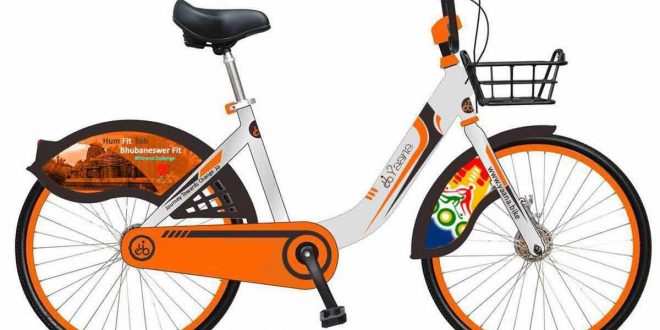 Bhubaneswar: Good news for citizens and travellers who want a healthy alternative to city-wide travel and sight-seeing. Bhubaneswar, the State Capital will now provide the privilege of cycling to all its residents, visitors and tourists on sharing basis. This will be available at a minimal rental cost to be paid by the user.

The bicycles will be robust inbuilt and structure and smooth for riding on city roads. The cycles will also be digitally mapped based on GPS locations and will provide Mobile App based services to users to locate and use a bicycle.

The Mobile App will also include provisions for online payment based on usage. The Capital Region Urban Transport (CRUT), an SPV to manage urban transport in and around the city, and BSCL are also developing bike stations across the city, integrated with Bus Queue Shelters (BQS) to provide a common infrastructure for the multi-operator model.

All the deployment and implementations will be completed before Odisha Men’s Hockey World Cup-2018. The docking stations for cycles would cover all areas including heritage area and Info City.

The bicycles will also be fitted with smart locks, which can be opened through mobile application by the users. The PBS users will be categorised into two types-members and non-members.