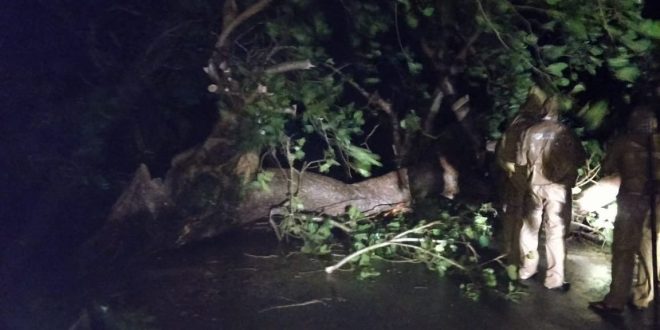 Titli made landfall near Palasa in Srikakulam district of Andhra Pradesh, to the southwest of Gopalpur, as a very severe cyclonic storm with estimated maximum sustained surface wind speed of 140-150 kmph gusting to 165 kmph.

The landfall process continued for the next two to three hours. The wind speed is likely to gradually decrease due to the weakening of the cyclone. 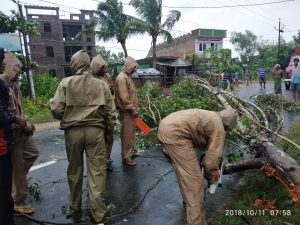 879 Multi-purpose cyclone/ flood shelters kept in readiness for sheltering people to be evacuated.

All Government officials to stay in HQRS and not to avail leave. All schools, Colleges and AWCs will remain closed till 12″ of October 2018.

The fire services team are in the alert to respond at short notice of the district administration.