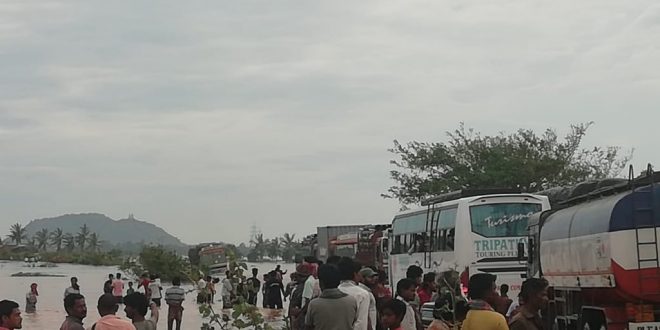 Bhubaneswar: At least 12 people, who had taken shelter in a cave to escape cyclone Titli, are feared dead in a landslide triggered by heavy rain after cyclone Titli in Odisha’s Gajapati district.

“There are reports about the death of 12 people and missing of four persons in a landslide caused by heavy rains in Baraghara village under Rayagada block in Gajapati district. We are verifying them,” Sethi said.

The Gajapati district collector has been asked to submit a detailed report over the incident.

Sethi said financial assistance will be given as per the government provisions after getting the report.

Over 45 lakh people have been affected by the flood while 3.42 lakh persons have been evacuated and sheltered in 1268 relief centres on account of the cyclone and subsequent flood.