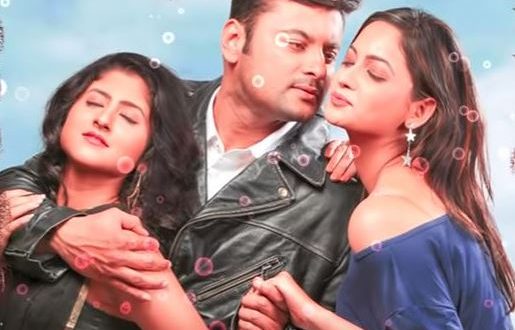 Anubhav is back with Odia film Prem Kumar

Bhubaneswar: After a year, Anubhav is back on the big screen with his upcoming Odia film Prem Kumar: The Salesman of the year. The film will be released this Durga Puja on October 16.

Produced under the banner of Tarang Cine Productions, Shivani Sangita and Tamanna have been cast opposite Anubhav in the film.

Prem Kumar: The Salesman of the year has been directed by Tapas Saragharia, known for movies such as Tu Mo Love Story and Ishq Tu Hi Tu.

The film was slated to be released during Raja festival. However, it got stalled after Anubhav Mohanty injured during the shooting.

The music of Prem Kumar has been composed by Premanand.