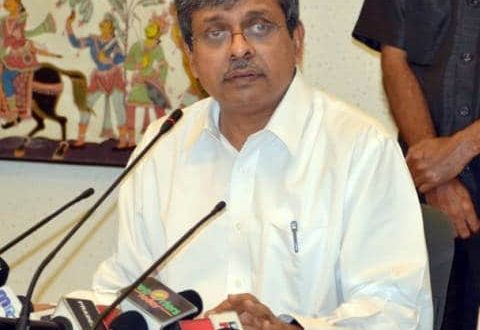 Bhubaneswar: The death toll due to cyclone Titli and subsequent flood has increased to 57 in Odisha, said chief secretary Aditya Prasad Padhi on Wednesday.

The damage to infrastructure and crops is assessed at Rs 2200 crore, said Padhi.

10 other death reports are being verified by police, said Sethi.

The Chief Secretary said that the overall damage has been estimated at Rs 2200 crore in three districts Ganjam, Gajapati and Rayagada.

Road damage has been estimated at Rs 500 crore, electricity infrastructure damage at 133 crore, houses damage at 150 crore and crop damage at 233 crore, he added.

The state government Tuesday released Rs 102 crore to the cyclone and flood-hit districts of Gajapati, Ganjam and Rayagada to provide gratuitous relief (GR) to the affected people.

Special Relief Commissioner (SRC) Bishnupada Sethi has written to these three district Collectors in this regard and fixed modalities for distribution of the cash relief announced earlier.

While Rs 89.60 crore has been released for Ganjam district, Rs 11 crore has been given to Gajapati and Rs 1.40 crore to Rayagada district. The government has allowed the Collectors to distribute the financial relief by hand to the affected people.