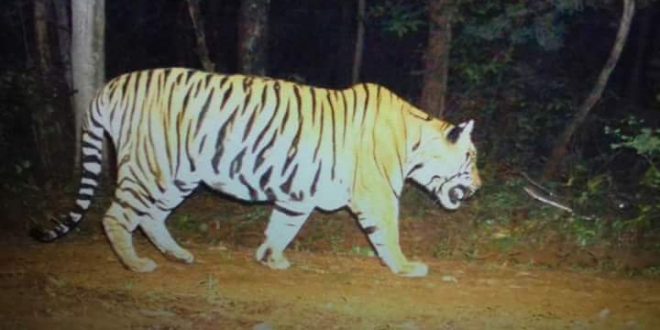 Bhubaneswar: The carcass of a Royal Bengal tiger was found in the dense forest of Debrigarh Wildlife Sanctuary in Odisha’s Bargarh district on Sunday.

While patrolling, the forest officials noticed a pit inside the sanctuary in the morning.

Upon digging the pit, they found the decomposed carcass of a Royal Bengal tiger with head severed. Besides, the nail and teeth of the tiger were found missing, said an official.

Prima facie it is suspected that the poachers after killing the tiger had taken out its teeth and nail and dumped it inside the pit after severing its head.

It is suspected that the poachers might have killed the tiger a week ago and dumped it in the forest covering the body with clay and rocks following poaching.

Sources said that this tiger was sighted in Debrigarh Wildlife Sanctuary, a proposed tiger reserve, a few days ago. The tiger was being sighted and camera trapped regularly.