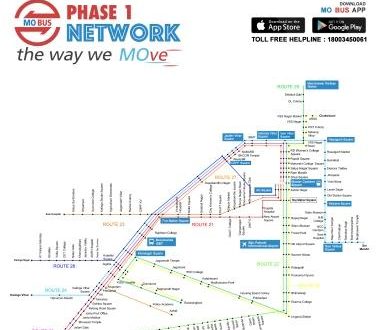 City buses to come with route networks in three phases

Bhubaneswar: City’s long wait to have a robust public transport through state-of-the-art technology-driven buses is about to be over with rolling out of Mo Bus service on November 6.

Capital Region Urban Transport (CRUT), the company to manage the show, will come up with the route network in three phases, starting the first one from the launch date.

Route Number 23 under Mo Bus Network Phase-I will link Master Canteen Terminal and SUM Hospital and the Route Number 24 will have Kalinga Vihar and Sai Temple.

The Mo Bus Phase-III Network, likely to be launched on December 10 and for it, the route planning is underway.