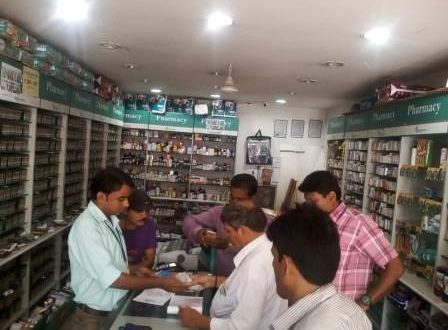 Bhubaneswar: Continuing its strike against illegal use of polythene and plastics for packaging, the special squads of Bhubaneswar Municipal Corporation (BMC) and Bhubaneswar Development Authority today seized 5 kg of polythene and imposed a fine of Rs 2,000 on Apollo Pharmacy, Damana Square.

The action against the illegal use of polythene/plastic was carried out under the leadership of Zonal Deputy Commissioner Pramod Kumar Prusty.

“We are continuing our efforts to make the city polythene/plastic free and we hope that business establishments should act voluntarily and shun the use of the materials banned by the civic authorities,” he said.

Meanwhile, the special enforcement squad of the North Zone also issued 220 notices to different shop owners and business establishments for not using Odia signage and hoarding as per the order of the State Government.

In the recent past, it was decided that BMC will coordinate the activity among commercial establishments and shops to use Odia language on their signboards within the Corporation limits as per the provisions under the Odisha Shops and Commercial Establishments (Amendment) Act, 2018, passed by the Odisha Legislative Assembly on May 25, 2018.