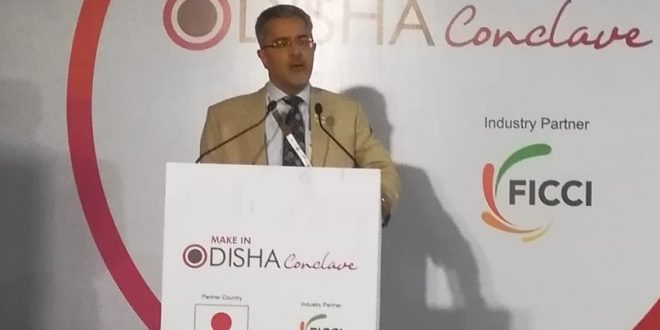 Bhubaneswar: As the Make in Odisha Conclave 2018 attracted over Rs 4.19 lakh crore, the state government on Friday said the focus for the next two years will continue to be on translating the investment intents into projects on the ground.

“The target by the CM is ambitious yet achievable. We are committed to leave no stone unturned in meeting this target. The focus for the next two years will continue to be on translating the investment intents into projects on the ground. I am positive that Odisha will be among the most industrialised states in India in the next 5-10 years,” said Industries secretary Sanjeev Chopra.

He said 65% of investment intents received during the Make in Odisha Conclave 2016 are in various stages of approval and implementation.

Chief Minister Naveen Patnaik has set the implementation target at 75% over the next two years for the investment intents received at Make in Odisha Conclave 2018.

The flagship biennial investors’ meet of the state concluded on Saturday in Bhubaneswar and was overwhelmingly successful by every measure. The conclave has been a watershed moment in Odisha’s industrialisation journey as it received investment intent of Rs  4,19,574 crore across 15 diversified sectors which shall create  5,91,000 additional jobs.

This is more than double the investment intent received in the previous edition in 2016 which was to the tune of Rs 2.03 lakh crore.

The conclave saw tremendous response with 5,074 industry captains and delegates from India and abroad participating in the event. 31,806 people have already visited the largest-ever industrial expo set up by the State. Japan was the Partner Country for the conclave.