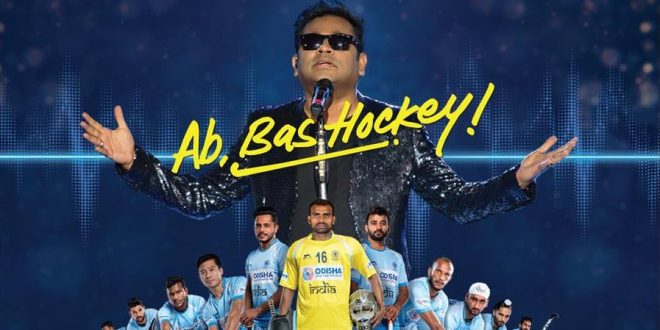 Bhubaneswar: With less than two weeks to go for the Odisha Hockey Men’s World Cup 2018, Hockey India on Sunday announced ticket sales for the opening ceremony to be held at Kalinga Stadium on November 27 and world cup celebrations event on November 28 at Barabati Stadium, Cuttack.

The hockey world cup will witness 16 top teams battle for supremacy in front of the hockey-crazy spectators at the iconic Kalinga Stadium here from November 28.

The ticket sales for both the events will be live on http://ticketgenie.in/event/hwc-opening-ceremony from 20th November.

Music maestro AR Rahman will be performing both at the opening ceremony and at the world cup celebrations event. Prominent Bollywood celebrities will perform at both the events.