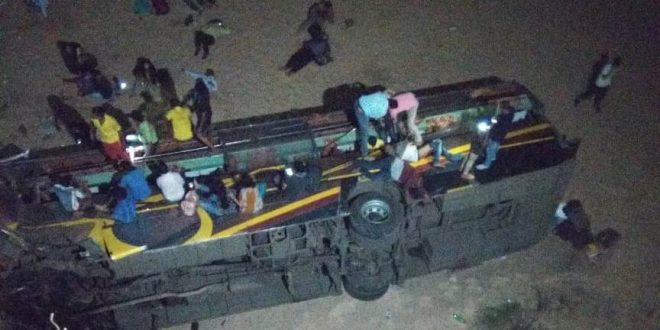 Bhubaneswar: Prime Minister Narendra Modi on Wednesday offered condolences to those who lost their family members in the Mahanadi bridge bus accident that killed 10 persons on Tuesday evening.

The Prime Minister has also wished for the earliest recovery of the injured ones.

At least 10 persons, including nine men and three women, died and many others sustained injuries after a bus in which they were travelling fell off Mahanadi bridge in Cuttack on Tuesday.

Union Minister Dharmendra Pradhan, who visited SCB medical college and hospital, said the bus which met with an accident was coming from Talcher and plunged off the bridge on Mahanadi River in Cuttack.

Pradhan said that many people were also injured in the accident.