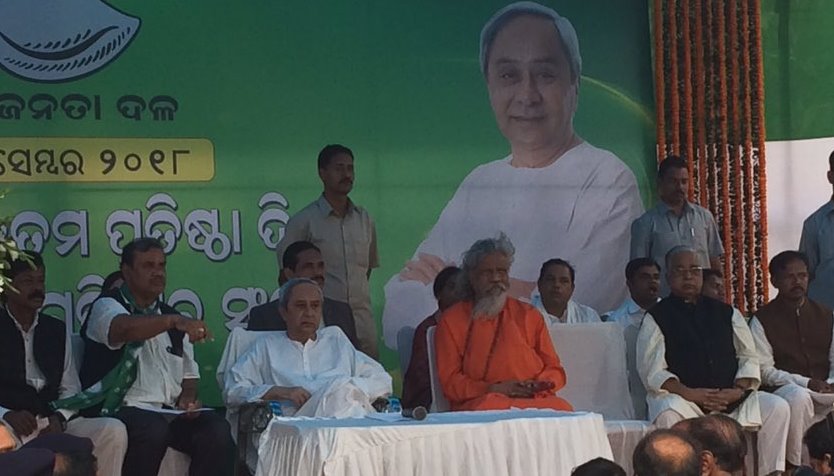 Bhubaneswar: After the tirade by Prime Minister Narendra Modi against the Odisha government, BJD president and Chief Minister Naveen Patnaik on Wednesday counter-attacked the BJP-led NDA government at the Centre.

Addressing on the occasion of party’s 21st Foundation Day here, Patnaik listed out nine areas in which the BJP-Government at Centre has failed people in the state.

Modi during his Odisha visit on December 24 had thrown many questions at Odisha government and sought answers.

He listed out that people suffered due to demonitisation, there is no proper bank services, farmers are not getting crops insurance amount, SC/ST students are not getting stipend from the Centre for the last two years and Ujjwala Yojana failed as people couldn’t refill cylinders due to high LPG prices.

He also said Mahanadi Coalfields Limited (MCL) is earning around Rs 20,000 crore every year but Odisha is getting back only pollution while Railway is taking Rs 20,000 crore but giving Odisha only Rs 2000 crore.

“Odisha seeks answers to all these questions,” exhorted Patnaik.

“People fend for themselves while travelling on NHs like Baripada-Deogarh. Don’t know what will be the condition of coastal highways in the State,” said Patnaik.

He said that the Central Government has stopped the SC/ST scholarship which has not been received by the students for the last two years.

“The state does not need Special Category Status or any central funds or grants. Rather, Odisha wants financial autonomy so that the state will develop with its own money,” said the Chief Minister.