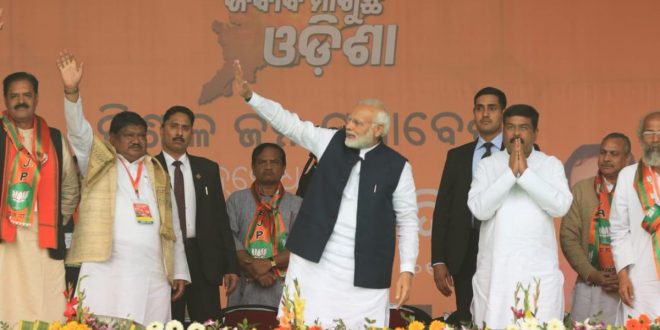 
Baripada: Prime Minister Narendra Modi on Saturday attacked the Odisha government for not doing enough for the security and safety of women in the state.

“The government in Odisha is not serious about women welfare programmes as Odisha is lagging behind in women education, health and employment,” said Modi while addressing a massive gathering at Chhau Padia in Baripada.

He said the Central government’s efforts for women empowerment were not reaching the women of Odisha as the state government is not serious about women welfare.

He said Odisha was lagging behind on parameters related to women health and well-being.

He requested the state government probe Pipili gangrape and murder case again to ensure justice for the victim and punish the culprits.

“I am saddened by the manner in which a girl (Pipili gang rape victim) from Puri who was raped and murdered. The system could not fetch justice for the girl. I urge the state government to take up the matter seriously,” said Modi.

“We will always work towards the development of Odisha. Many poor people are deprived of health care and the government should think of how these people will benefit from Pradhan Mantri Jan Arogya Yojana under Ayushman Bharat scheme. We must work together for a New India and a New Odisha,” Modi said.