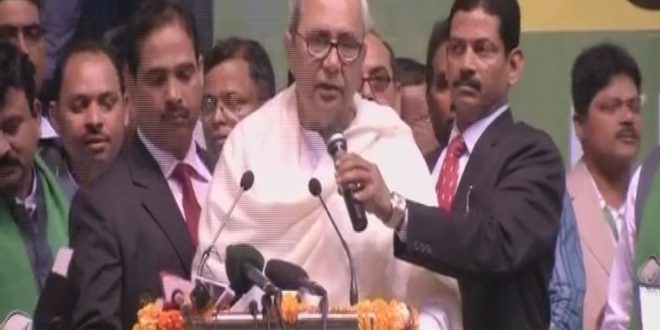 The ruling BJD held a “Krushak Adhikar Samavesh” at the Talkatora Indoor Stadium in New Delhi.

“Odisha demands hike in MSP for paddy to Rs 2,930 per quintal to boost farmers’ income. Centre should honour its commitment to implement Swaminathan Committee’s recomendation. Our fight for the hike in MSP will continue,” said Patnaik.

“Should we forget the promises made in the Election Manifesto? Never, under any circumstances. Bharatiya Janata Party has forgotten the promises made to farmers after it came to power,” said the Chief Minister.

“Central Government can’t escape from this responsibility,” he added.

“Recently, I demanded ‘Financial Autonomy’ for States. If we had financial autonomy, our farmers need not have come to Delhi. We could have paid for the rights of farmers from our own funds.”