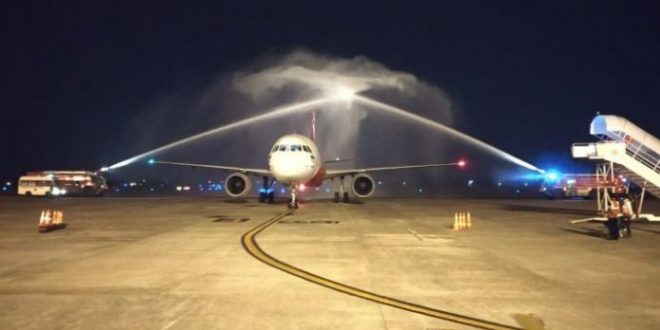 
Bhubaneswar: After Jharsuguda, the Director General of Civil Aviation (DGCA) has given regulatory approval for Rourkela airport.

Rourkela will be the third airport in Odisha to get the approval of DGCA. At present, the state has Biju Patnaik International Airport (BPIA) in Bhubaneswar and Veer Surendra Sai Airport at Jharsuguda.

“The Directorate General of Civil Aviation (DGCA) has issued license for third airport of Odhisa on 7/1/19 for Rourkela; also known to be the industrial capital of the state of Odhisa. It will pave opportunities to connect the steel city with rest of the nation,” tweeted the Ministry of Civil Aviation.

The existing airstrip at Rourkela, owned by Steel Authority of India Limited (SAIL), will be made ready for commercial flights.

The Airport Authority of India (AAI) had signed a memorandum of understanding with SAIL in May last year for operation and management of the airstrip. It was earlier marked suitable for UDAN flights.

“Thank Shri @sureshpprabhu ji & the #DGCA for issuing a license for the third airport at the steel city of Rourkela in Odisha. An airport in the industrial capital of #Odisha will enhance connectivity and will benefit both passengers as well as industries surrounding Rourkela,” tweeted Union Petroleum Minister Dharmendra Pradhan.

Odisha is expected to get licence for airports in Jeypore (Koraput) and Utkela (Kalahandi), apart from Rourkela, in 2019.