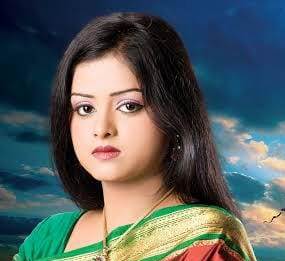 
Cuttack: A local court in Cuttack on Tuesday rejected the bail plea of Lipan Sahu, who has been arrested for allegedly murdering his wife and popular TV actress Laxmipriya Behera (Nikita).

Lipan, who was arrested on Monday evening, was produced before the SDJM court, Cuttack on Tuesday.

“The bail moved by his lawyer was cancelled by the court since it is a ‘sensitive’ murder case. He has been sent in judicial custody to Choudwar jail. There has been no plea for police remand so far,” said public prosecutor Biswajit Baral.

Lipan’s lawyer, Bidyadhar Pradhan said that it was a case of suicide which is being ‘coloured’ as murder.

He informed that they will move the bail plea before the Sessions Court on Wednesday.

Earlier, Cuttack DCP Akhileshwar Singh informed that TV actor Nikita fell off the terrace of her house during a scuffle with her husband after a heated argument.

“Nikita and Lipan had a heated exchange of words when the latter visited her house at Mahanadi Vihar. They then went to the terrace of the house. Though her husband denied having pushed her, there was a scuffle between them,” said the Cuttack DCP.