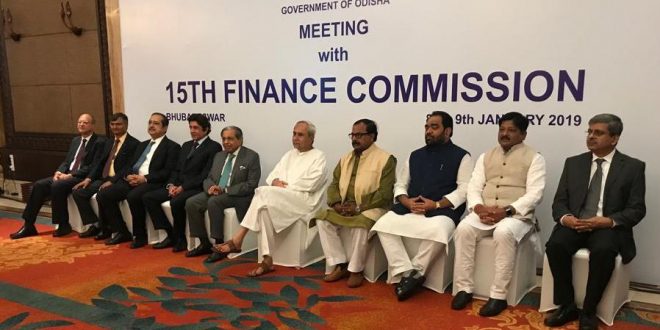 
Bhubaneswar: The 15th Finance Commission on Wednesday appreciated the steps taken by the Odisha government for the progress of the state.

It said poverty numbers are still higher than the national average and it has to work on poverty eradication measures.

However, the Commission lauded overall financial management of the State.

The Commission is of the view that the State though achieved a higher growth rate, often it remains significantly volatile and inconsistence.

In order to maintain a higher growth trajectory, the State has to rely upon poverty eradication initiatives and has to go a long way to raise per capita income, said Singh.

While discussing on Agriculture sector, the Commission made a point on how to raise rice and food production which will help reduce poverty in the State.

The Commission while complimenting Odisha for reduction in poverty across the State, felt that it still had some distance to cover to level with the national standards.

On the health sector, the Chairman said that while Odisha was doing well in IMR and MMR but the ratio of number of doctor to population was well below acceptable level.

He said that there was need of more medical colleges and institutes to improve the quality of health care especially in rural Odisha.

Multipronged development is required in the primary, secondary and higher secondary education sector.

The Commission also promised the State to give its full consideration on the State’s proposals on disaster management and other matters.

It also discussed KALIA scheme for farmers with the State Government. They hoped that identification of intended beneficiaries would meet the benchmark of transparency and credibility.

Commission also said that it will look into the demand of revenue deficit grant to the State.

Earlier, the Chairman and members of the 15th Finance Commission had a most productive and enriching interaction with representatives of the various political parties in the state.

There were exchange of ideas and opinions, some familiar and some innovative. There was unanimity amongst both sides that cess and surcharge should be brought within the divisible pool.

Most importantly, the Commission felt that if there is constructive impediment Finance Commission must take this into account in its vertical devolution. The idea of a heritage university and disaster management institute was discussed.

The Commission felt that given the proneness of the state to disaster, such management institutions are constitutional impairment and deserve careful consideration.

Political parties shared the concern on progressive erosion of 7th schedule of the constitution.