Bhubaneswar: Union Law Minister Ravi Shankar Prasad has advised Odisha Chief Minister Naveen Patnaik to consult with the Chief Justice of the Orissa High Court regarding setting up permanent benches in western and southern parts of the state.

“Once the State Government along with the High Court communicate their views, the Union Government would take further necessary action in this matter,” said Prasad.

“It goes without saying that once the recommendations of the High Court are obtained, the State Government has to provide the requisite infrastructure immediately,” Prasad added.

The reply came in response to a letter of Patnaik, who had requested the Centre to take early decision over establishment of permanent benches of the High Court in western and southern Odisha. 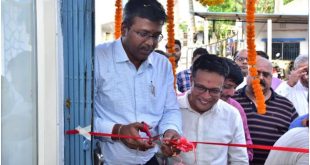