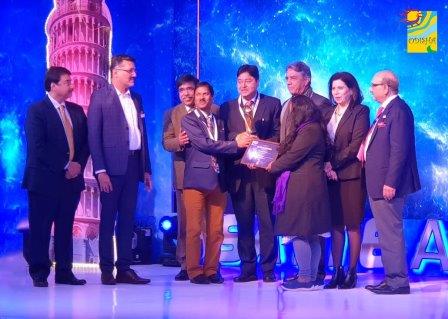 Odisha Tourism awarded ‘Tourism Brand of the Year’ at SATTE 2019


Bhubaneswar: Odisha Tourism was awarded the ‘Tourism Brand of the Year’ at the recently concluded SATTE 2019.

A jury consisting of high profile dignitaries from travel trade, airlines and media have selected Odisha for taking great initiative to position the brand Odisha Tourism nationally and internationally.

The show was marked by 1,000 exhibitors and representation from over 50 countries and 90 cities from across India.

Odisha Tourism secretary Vishal K. Dev said, “It’s always good to have our efforts being appreciated. I would like to thank the jury for recognising the same. We are really geared up to showcase the new Odisha to the world. We have intensified our marketing and media strategy.

Of course, we are backing it up with on-ground efforts of developing more infrastructure. We were recently host partners of the successful Odisha Hockey Men’s World Cup Bhubaneswar and I am proud to say the feedback we received from tourists both domestic and foreign was overwhelming.”