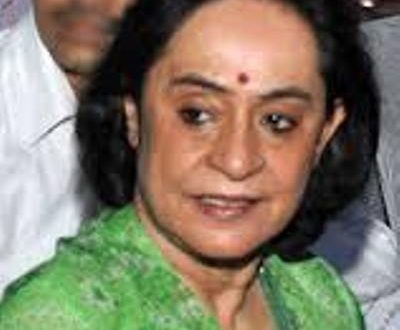 The Central government announced to confer Padma Shri on her on the eve of Republic Day.

“I am deeply honoured that the Government of India should think me worthy of a Padma Shri but with great regret I feel I must decline as there is a general election looming and the timing of the award might be misconstrued, causing embarrassment both to the Government and myself, which I would much regret,” said Mehta in a press statement from New York, USA.

Mehta had been selected for the Padma Shri award in the ‘Foreigners’ category for her outstanding contribution to the field of Art & Literature.

Notably, Odisha will face Lok Sabha and Assembly elections in April-May this year. Congress president Rahul Gandhi on Friday alleged that Naveen Patnaik is a junior partner of Prime Minister Narendra Modi. On the other hand, Modi did not attack Patnaik during his last three visits to Odisha.

However, the ruling BJD claimed that the party has maintained equidistance from both Congress and BJP.