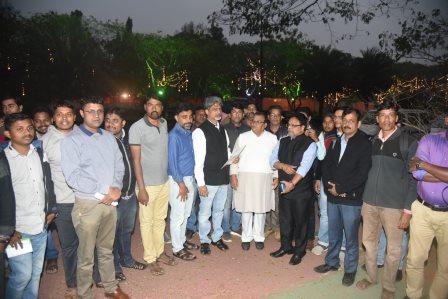 
Bhubaneswar: The Commissionerate Police on Sunday arrested three persons for attacking a journalist inside a cinema hall in Bhubaneswar.

All the three arrested — Soumya Ranjan, Amiya Patnaik and Chintu are students of Law College of Utkal University, police said.

Kapilendra Pradhan, a journalist of an Odia daily, was allegedly attacked inside Maharaja Cinema hall for opposing a group of students who were passing lewd comments on women on Saturday.

Pradhan had sustained multiple injuries in the attack and was admitted to Capital Hospital but discharged after primary treatment on the same day.

The arrests were made after a group of journalists met Odisha DGP RP Sharma on Sunday.

The scribes staged protests in the city demanding security for working journalists across the state.

Sharma said strict action will be initiated against the culprits in accordance with law.