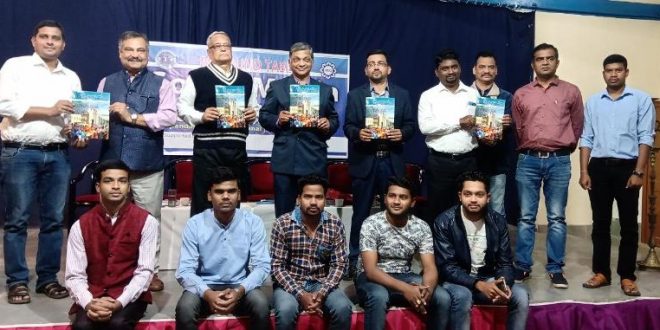 He said, “In our profession three stakeholders used to be quite important, politicians, bureaucracy and journalists. But with the emergence of social media, common people are having a much more important role. Apart from that, social media has made it is easier to collect and circulate important information.”

Chief Manager of PPL Sudhi Ranjan Mishra, in his deliberation said, “Recently we have come across incidents where big shots have faced huge backlashes on social media for their careless actions and statements. Managing the media and getting away with such deplorable actions are not possible now.”

Speaking on this occasion, senior media academician Professor Subir Ghosh said, “Until the arrival of social media, common people were at the receiving end of the mass communication process. Social media has led to the democratisation of mass media. More than a medium of communication, it has become a tool for empowerment. Today, every news reader can publish his own opinion and his version of the truth.”

He also expressed his concerns regarding this trend.

He said, “However, this brings us to a tricky situation as the speed and diversity of this medium makes it extraordinarily powerful. And the common people who have acquired this power, don’t always have a sense of responsibility. Hence, with strategic use of social media, organisations, and individuals can not only protect their interests but also establish their version truth.”

The annual magazines of the institute, and wall magazines, containing literary works of the current batch students were released on this occasion. Students of the premier media institute produce such magazines every year. Regional Director of the Institute Prof. Dr. Mrinal Chhatterjee also addressed the students.