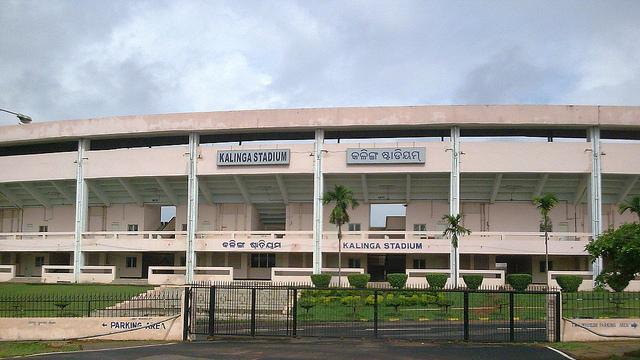 Bhubaneswar: The All India Football Federation (AIFF) will organize a 4-nation competition in association with the Odisha government during February 9-15 at Kalinga Stadium here.

Kalinga Stadium in Bhubaneswar will host the four Women’s National teams for this one-of-a-kind competition being held in India for senior women’s national teams, said a statement.

National teams of Myanmar, Iran and Nepal will join host India in the competition, it said.

Each team will play each other once with a face-off between two top teams in the Finals on February 15.

AIFF General Secretary Kushal Das said, “The tournament is meant to provide additional opportunity to the Indian National team to face other National teams in a competitive format. This will warm the teams up ahead of the upcoming Tokyo Olympic qualification Round 2.

While our team is playing overseas, we fell that hosting the competition of this sort will also boost the growing popularity of girl’s football in India. Football followers in India deserve to get a chance to witness our national team in action.”

In November the Indian national team crossed a significant barrier by qualifying for the second round of the 2020 Tokyo Olympics qualifier for the first time.

To prepare in an optimum manner for the challenge coming up in April 2019, the team has already kicked off a campaign involving exposure towards and matches against other National teams.

Another carefully designed aspect of the Hero Gold Cup is that the other three teams are also in the fray of the Olympic qualifiers Round 2.

This is likely to make the competition more exciting. Myanmar is ranked ninth, Iran 11th, India 12th and Nepal 20th in Asia, as per the latest available FIFA rankings for women.

Sports Secretary, Vishal Dev said, “Through our collaboration with the AIFF, we have already made Odisha the youth football hub by housing the Under-15 and Under-19 teams in the State. We are also committed to the development of Women’s Football and our support to the Gold Cup is one of the many things we plan to do on that front.”