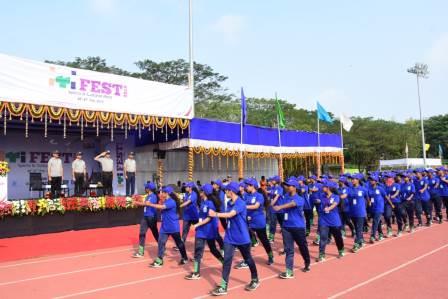 The event is being organised by Directorate of Technical Education and Training under the SD&TE Department.

In order to foster a healthy spirit of competition and the aspiration level of the students of all government and private ITI’s, the first of its kind state level meet was organised.

“In the coming two years, the ITI’s of the state will be a milestone for skill development. Major steps have been taken through the ITI’s, World Skill Centre, Nano unicorn Scheme and World Skill competition. Besides that OSDA will be planning to send one student to Olympics, two students to Asian and three students to Common wealth games. In this connection the department provide them special training. Among the six students two will be girls,” said Bagchi.

To accomplish the mission, he encouraged all the teachers, students, principal and staffs.

SD&TE secretary Sanjay Kumar Singh highlighted the government’s effort to provide opportunity and platform to the youth of Odisha to showcase their talent apart from competency building.

Director of Technical Education & Training, Balwant Singh welcomed all and said that this fest is a first of its kind in the entire country.

In this fest, 1392 students including 302 female participated. The event will be based on team and solo competitions. All 45 government and 36 private ITI’s across the state have been divided into 11 zones namely Anugul, Balasore, Balangir, Cuttack, Ganjam, Keonjhar, Khorda, Koraput, Mayurbhanj, Sambalpur, Sundargarh to foster competitive spirit amongst them.

The winner of the events will be felicitated at the state level function at KIIT auditorium on 27th February 2019 during the closing ceremony of ITI and Poly Fest.