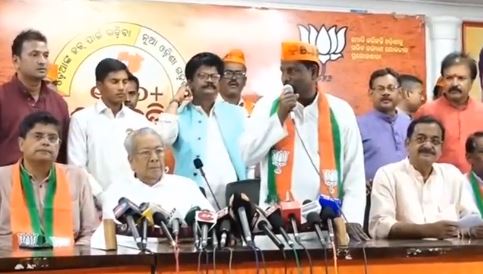 Tarai joined the BJP in presence of BJP national vice-president Baijayant Panda and other senior leaders of the party.

Sources said he is likely to get BJP ticket to contest from Jagatsinghpur Lok Sabha seat.

The Congress party had nominated Tarai for the Tirtol Assembly constituency in the district. However, he was interested to contest from Jagatsinghpur Lok Sabha constituency.