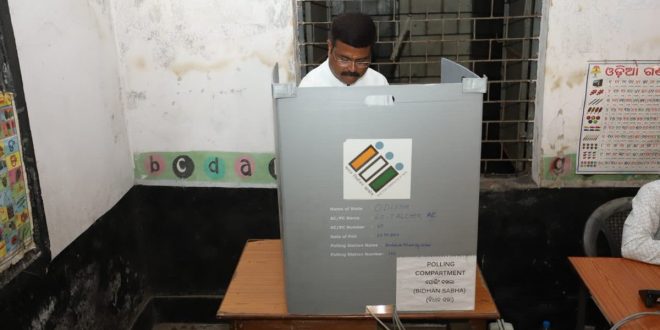 
Bhubaneswar: Polling is underway in Odisha for the third phase on Tuesday.

Polling is being held for Sambalpur, Keonjhar, Dhenkanal, Cuttack, Puri and Bhubaneswar Lok Sabha seats and 42 Assembly segments under them at 10,464 booths.

A total of 92.56 lakh voters will decide the fate of 61 Lok Sabha and 356 Assembly candidates.

“Voting is not only our right, it is our power ! Cast my vote along with my wife Smt. Mridula Thakur in Talcher. I urge all voters to step out of their homes and cast their precious vote. Let us ensure 100 % voter turnout in the largest festival of democracy,” tweeted Pradhan.