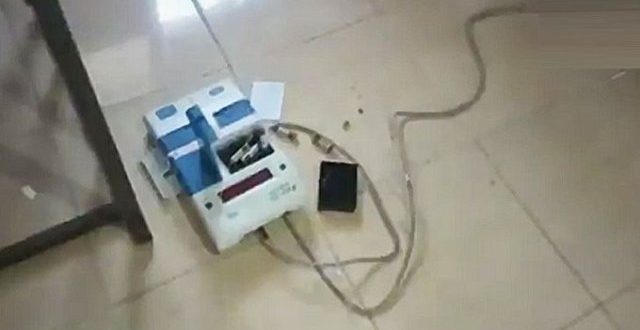 
Puri: An FIR has been registered against BJP’s Satyabadi MLA candidate Om Prakash Mishra for allegedly attacking a polling official and vandalising EVM at a polling booth during third phase elections in Odisha.

The FIR has been lodged at the Gadisagoda police station in Puri district.

Mishra and his supporters allegedly barged into booth no. 78 at Birakishorepur village under Kanas block of the district and vandalised the EVM.

Presiding Officer Shibram Mohapatra alleged that at around 5.30 PM, Mishra along with supporters barged into the booth and attacked him.

They also destroyed the EVM machines and tore some important poll documents. One of them also brandished a gun but villagers came to the rescue of Mohapatra.