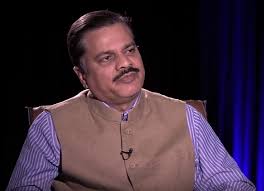 
Bhubaneswar: Odisha’s Dr Mrutyunjay Mohapatra has been appointed as the Director General of Indian Meteorological Department (IMD) on Tuesday.

Mohapatra will take charge on August 1 for a five-year tenure. He was holding the post of ASG prior to this promotion.

The 53-year-old scientist, who hails from Bhadrak district in Odisha, has an M.Sc in Physics from Utkal University and later joined the Defence Research and Development Organisation (DRDO) in Chandipur.

JSPL continues its effort to fight against COVID-19