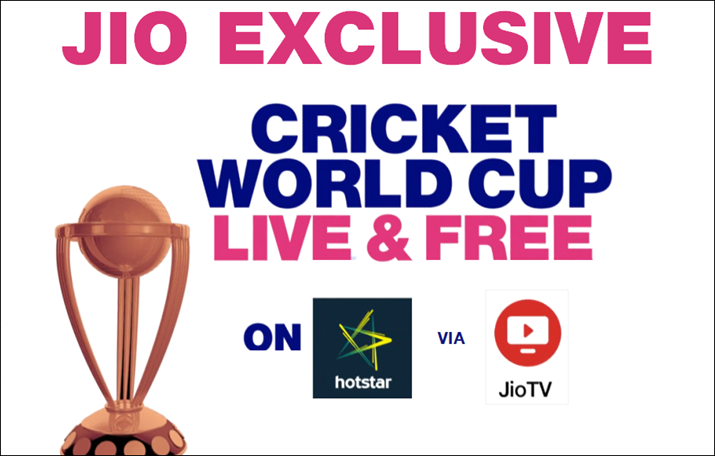 Bhubaneswar: Reliance Jio has announced that it will allow all of its users to watch all of the ICC World Cup 2019 matches live and free of cost.

While visiting Hotstar, all Jio users will be automatically granted access to all the world cup matches.

Besides, JioTV users would be seamlessly redirected to Hotstar to get access to the match.

It claimed that till date it has helped over 300 million Jio users watch cricket matches live.

By providing free access to the world cup to Jio users, Jio is effectively passing on benefits worth Rs 365 that they would have otherwise needed to pay for watching the world cup matches live and free.

Jio also continues to bring excitement through a new version of its game JioCricket Play Along which promises to not only engage its users during the world cup, but also provide all necessary information like scores, match schedules, results and lots more, all under one roof.

Jio users will also have the option of recharging with Rs 251 cricket season data pack, so that they never run out of data while watching the LIVE cricket broadcast on Hotstar via JioTV.