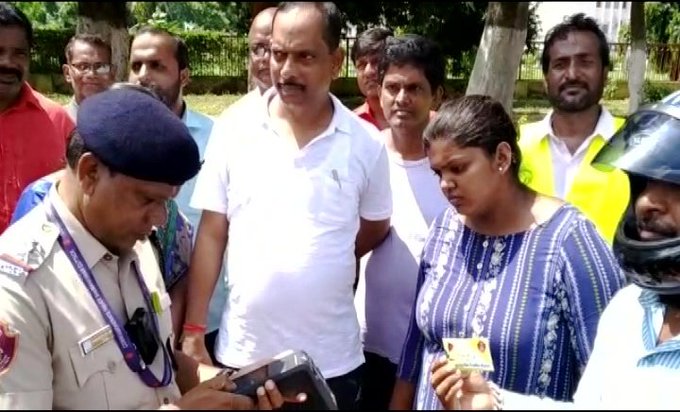 The vehicle of Jena was parked at a no-parking zone near AG Square here. The former Bhubaneswar Municipal Corporation (BMC) Mayor had gone to AG Square to participate in a traffic sensitisation drive.

However, the Commissionerate Police issued a challan of Rs 500 against Jena for illegal parking.

“The fine was imposed as my driver had parked the vehicle illegally on the road. Law is equal for everyone and we should abide by the traffic norms,” said Jena.

Commissionerate Police has launched special awareness drive in Bhubaneswar on road safety and new Motor Vehicles Act 2019. The commuters who followed traffic rules were given chocolates.