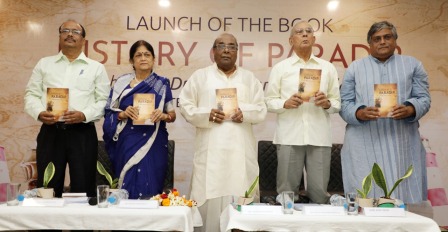 
Bhubaneswar: Why a place is chosen for a port? Is it because of the geographical location alone? How a seafaring community can shape the regional socio-cultural ethos and why only women priests worship in a temple on the coast of Bay of Bengal?

A reader can be enriched by such enthralling stories on the port city Paradip on eastern coast of India and the surrounding region while reading the book History of Paradip, written by late educationist and writer Dr Satyanada Panda.

The book was released here at Bhubaneswar on Sunday.

While the book was on its last stage the author, Dr Panda passed away in 2018 following a heart attack. He taught Anthropology in Utkal University and Sociology in Kendrapara college briefly before going back to his village in Jhimani in Kujanga block of Jagtsinghpur district, where he established a school and college and was involved in many social service activities.

Original history basing on firsthand filed research is need of the hour than being heavily dependent British period reference books, opined Dr Damodar Rout, former legislator of Paradip while speaking at the launch of the book.

He wished the book History of Paradip would help understand the region and growth around Paradip.

Along with capturing the journey of the port and the circumstance through which it was set up, the book speaks about how the people of delta basin of Mahanadi depended on resources from water for a living, mainly on fish and eventually became well-known as seafaring people.

Their boat building, navigational skills, sea voyages brought them wealth and exposed them to the cultures of other lands.

Calling the book monumental retelling of Odisha’s maritime history, Amiya Bhushan Tripathy, State Convener of INTACH, said the writing of regional history must be encouraged to understand our culture better.

This is a pioneering study providing rare cultural and anthropological perspectives of the region, said noted historian Dr Nivedita Mohanty on the book which has been published by Dr Satyananda Panda Memorial Trust, formed by his well-wishers to carry forward the legacy of the author.

Noted writer and author Anil Dhir, whose Amadeus Press publishing house has published the book, said this is a unique book on a port city of the country which will help scholars, researchers, public in general to understand the coastal and maritime culture and society. 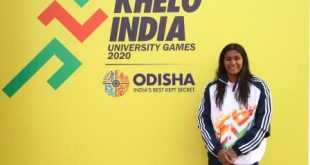