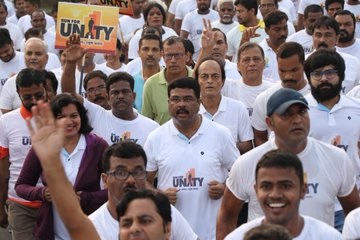 “India corrected a historical blunder by abrogating Article 370 and 35A under the leadership of PM Narendra Modi. It is only because of the willpower of PM Modi and Home Minister Amit Shah, integration of Jammu and Kashmir in India was made possible,” said the Minister.

Pradhan and Odia cine stars participated in ‘Run For Unity’ event on occasion of 144th birth anniversary of Sardar Vallabhbhai Patel in Bhubaneswar.

The Minister said Sardar Vallabhbhai Patel was a towering personality, having made invaluable contributions towards building a modern and unified India.

He said the Indian independence movement was strengthened by freedom fighters from across the country. 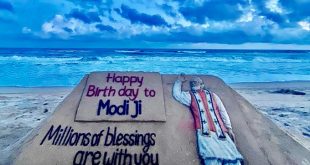