Bhubaneswar: Miners have sought immediate attention from both the state and the central governments on issues related to the smooth transition of Forest Clearance (FC) and Environmental Clearance (EC) post-mineral block auction process.

They urged the state government to give a proposal for embedment of FC and EC in the mineral block auction process to the central government for seamless continuation of the mining operation.

On the concluding day of India Mining Conclave 2019 organised by Indian Chamber of Commerce (ICC) on Thursday, Convenor of steel and mines committee of ICC Odisha State Council Manish Kharbanda, in a press meet, summarised the key deliberations in the conclave along with ICC State council chairperson M C Thomas and co chair J B Pany.

“In Odisha, several commercial mines in operations whose lease period will expire on March 31, 2020, have the production capacity of about 60 million tonne iron ore alone. If the smooth transition of production will not happen then these mines will come to a grinding halt that would put raw material pressure on industries working here,” they said.

ICC stated that it would suggest the State Government that same rule should be followed for non-coal blocks like auction of coal blocks where net worth of a company has been taken into consideration.

If the government allows the same company to participate multiple times in the auction process and that company able to get few mines but due to less net worth that particular company cannot develop those mines in a stipulated time frame. There are chances that low net worth company can go bankrupt, said the ICC.

Talking about mineral exploration, it was mentioned that only 10% available minerals in India have been explored.

These are huge scope for exploration ramp up. Beneficiation is another area where mining industry can give more focus.

ICC also informed that India produces 150 million tonne of low-grade minerals and out of that 80 million tonne is produced only in Odisha. If we are able to add values to these minerals, then iron ore shortage will get over in few years. It specifically called for the beneficiation of hematite and magnetite grade pres.

On transportation of mineral issues, the Indian Chamber of Commerce viewed that logistics cost in Odisha is very high in the range of 25%.

Waterways transportation and slurry pipelines are a few more ideas on which he discussed compressively.

On technology, ICC suggested that mining industry can use various digital ideas like drone and telemetric tech to increase efficiency in operation.

ICC also requested the government to consider the participation of mining companies in district level DMF committees and also urged upon the government to address the local challenges owing to blockades, strikes, and restrictions on the movement of mineral transporting vehicles. 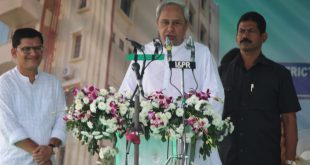