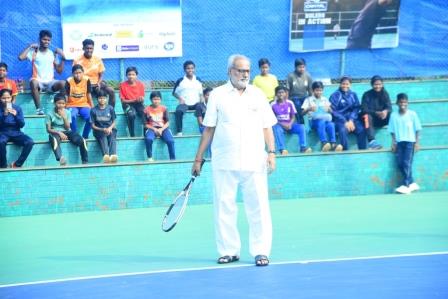 The league, under the aegis of Odisha Tennis Association, has 32 top ranking AITA players from across the nation and 32 junior players competing in this 5-day tournament.

The players have been divided into 8 teams as per the existing format. The 8 teams are Bhubaneswar Warriors, Cuttack Conquerors, Puri Wavers, Kendrapara Contenders, Jajpur Shooters, Bhadrak Victors, Capital Kings, and KIIT Killer Bees, who will be battling it out to win the coveted OTPL Season 3 trophy.

“Started as an experiment in 2017, this league has grown exponentially in these 3 years. As many international players will be participating in the event, this will be a huge opportunity for local players to compete with them and learn from the experts.

This year we have introduced 32 junior players who will get to learn the tricks from professionals and play alongside them”, said Dilip Mohanty, Tournament Director.

OTPL is the brainchild of the Neelachal Sports Foundation based in Delhi.

The 3rd edition of Odisha Tennis Premier League is currently being held in KIIT Tennis Grounds, Campus 8 of KIIT University. The tournament will conclude on 8th December 2019.