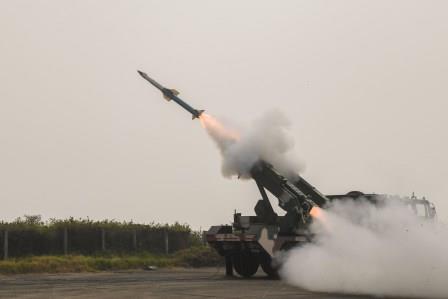 It was flight-tested from Integrated Test Range, Chandipur off the Odisha coast at 1145 hrs today.

The missile was flight-tested with full configuration in deployment mode intercepting the target mid-air, meeting the mission objectives.

Both radars are four-walled having 360-degree coverage with search on move and track on move capability.