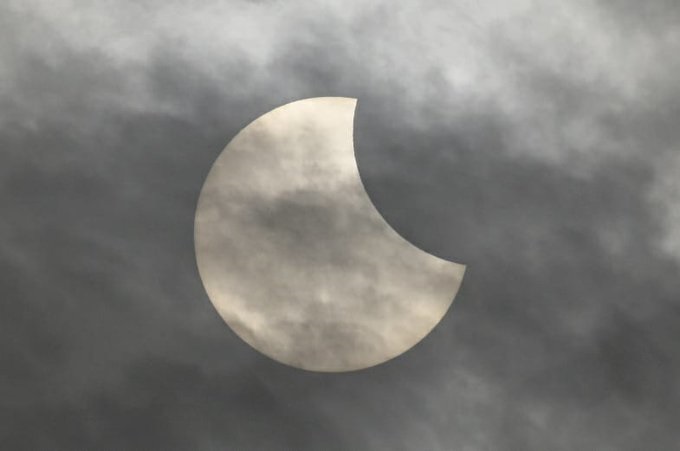 Bhubaneswar: Thousands thronged to planetariums in Bhubaneswar and Burla to witness the rare annular solar eclipse in Odisha.

They witnessed the solar eclipse 2019 at the Pathani Samanta Planetarium in Bhubaneswar and APJ Abdul Kalam Planetarium in Sambalpur through telescopes, protective devices and wearing special eyeglasses.

The rare partial solar eclipse began at 8:20:08 am Indian Standard Time and will end at around 11:29 am, said sources.

A solar eclipse occurs when the Moon passes between Earth and the Sun, thereby totally or partly obscuring the Sun for a viewer on Earth.

Partial phases of the solar eclipse will be visible from all over the country in varying magnitude depending upon the geographical position.

Meanwhile, special rituals have been performed at Jagannath Temple in Puri in view of the Solar Eclipse on Thursday.

Thousands of devotees from across the country are visiting the 12th-century shrine to have darshan of Holy Trinity since last night.

Extensive security arrangements have been made for the occasion, said police.